Home » Sexual » What is HPV? Beware if there is a wart in genital area!

What is HPV? Beware if there is a wart in genital area!

by Editor
in Sexual
A A 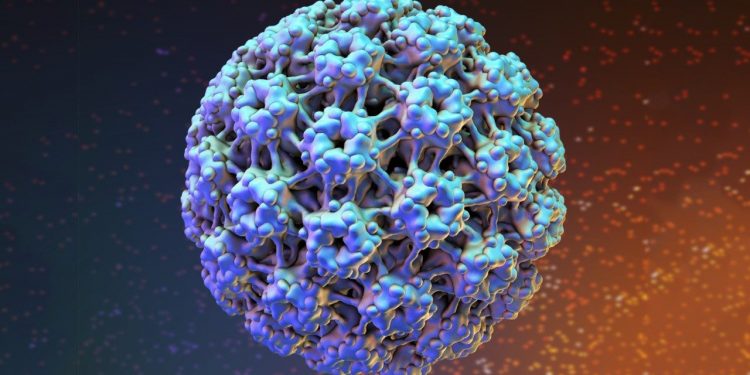 Beware if there are warts in the genital area and there is a blistering image on your skin like cauliflower! You may have human papillomavirus shortly “HPV”. Here are some useful information about genital zone warts and methods of treatment:

Small flings can result in the disintegration of families due to this virus, which cannot be prevented by prevention. The more women a man is in a relationship with, the greater the risk. This disease leads to insecurity in bilateral relations, divorces and serious problems in families.

Warts caused by HPV in the genital area in men and women are 90 percent sexually transmitted.

If there is a wart in genital area

Warts in our body can appear not only on the hands or face, but also in the genital area. Warts, which have recently increased in size or number in the sexual (genital) region and have the appearance of cauliflower when they grow up, are usually caused by ‘Human Papillomavirus’, short for HPV.

Although more than 200 types of HPV have been identified, about 40 types are in the genital zone; It causes a disease called ‘genital condyloma, condyloma pilminate or genital wart’. It is the most commonly sexually transmitted disease in the United States, with 6.2 million people reported to be infected with the virus annually.

It is difficult to clearly state the incidence of HPV due to silent infections and non-wart carriers. HPV detection rate in the genital area of men in the society was reported as 1.73 percent.

The incidence increases with sexual activity and polygamy that begins at an early age. According to the World Health Organization, HPV detection rate in women was 11.4 percent in 2010.

HPV not only causes warts in men, but also causes orofaringeal (mouth-swallow) and penile cancers. Nearly 50 percent of penis cancers in men are associated with HPV.

Until now, it has become more important in women due to its association with cervical cancer, while in the last 20 years it has become a serious disease due to the increase in frequency and possible consequences in men. Although the factors are similar in both sexes, the disease may differ in men and women.

Is HPV only sexually transmitted?

It is mostly (90 percent) sexually transmitted. The virus has been detected in various parts of the body (in the hairs of the sexual area and even in the nails), in the items. Therefore, skin contact can be transmitted during childbirth or items containing viruses.

Polygamy is an important risk factor, as the disease is mostly transmitted by sexual contact. As the number of partners increases, the risk increases. Condom-condom does not provide absolute protection, as it does not completely envelop the genital area.

It was concluded that 15 percent of those with HPV used condoms but were not protective. The incubation period (Incubation) period varies from 2 weeks to 2 years. Usually warts appear in 3-4 months.

40-60 percent of warts heal and disappear spontaneously in the first year. This improvement depends on the person’s immune system. In cases where the immune system is suppressed or weakened, there will be repetition.

Condoms do not protect, razor spreads the virus!

My patients talk about the most single warts bleeding after razor hair cleaning and the increasing number of warts in the following period. With razor blades form abrasions that we see or cannot see on the skin. With wart bleeding, the virus enters through these abrasions and multiplies.

In the first transmission with the virus, the virus is usually transmitted by sexual contact through abrasions on the skin. I recommend using machines or hair-shedding creams that do not irritate the skin in the hair removal in the genital area. It is also very important that they do not use razor blades or machines used for their sexual areas for other parts of the body.

HPV warts cannot be excreted from the body

It is our goal to eliminate warts and treat physical and cosmetic healing. However, it should be remembered that HPV cannot be excreted from the body, there is a risk of recurrence.

There is no standard treatment that applies to everyone. The treatment method is decided according to the number, size, region, experience and facilities of the physician.

Basically, the most common treatment method is surgical excision (shaving with laser or electrocautery, scalp or scissors), cryotherapy or burning therapy with acid solutions. Despite all these treatments, the risk of recurrence is 25-65 percent.

HPV hits both psychology and relationships!

Warts can have a negative effect on a person’s social and sexual life. Decreased sexual desire and activity due to fear of transmission or physical appearance are the most common sexual problems. Psycho-social introversion can cause anxiety and even depression.

In cases where the source cannot be identified and is established, insecurity in bilateral relations, separations and legal consequences in families can have effects. The partners of those who have HPV detected in the genital area should also be warned about this issue, informed and necessarily examined by a urologist or gynecologist.