Home » Cancer » Stomach cancer: What are the symptoms and risk factors?

Stomach cancer: What are the symptoms and risk factors?

by Editor
in Cancer
A A 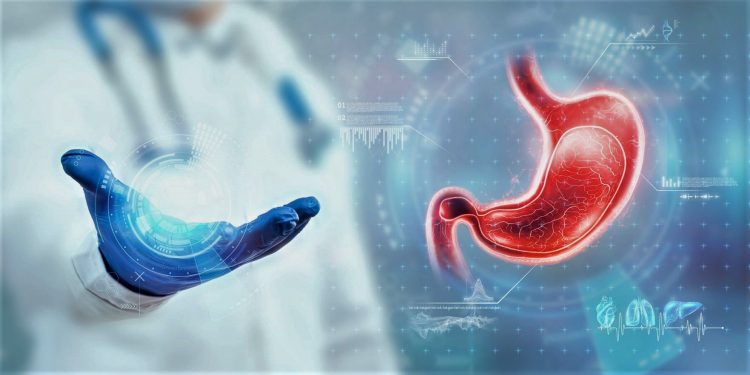 What are the symptoms of stomach cancer? In which blood group is it most common? If there are complaints such as bloating and indigestion, pay attention! Do not neglect to say “it is gastritis or ulcer”!

What are the symptoms and risk factors for stomach cancer?

Stomach cancer is the 4th most common cancer after breast, lung and large intestine cancers. type of cancer. It is among the dangerous cancers because it progresses insidiously in the early period without causing any complaints.

What are the symptoms of stomach cancer?

The first noticeable symptoms are usually abdominal pain, indigestion and bloating after eating. However, considering that the complaints are caused by ‘stomach ulcer’ or ‘gastritis’ diseases, the problem can be neglected, which may lead to a delay in treatment.

Experts warn that early diagnosis is vital in stomach cancer and said, “Thanks to early diagnosis, patients can continue their lives for many years without any problems. For this reason, complaints such as abdominal pain, bloating after eating and indigestion, which are usually the first symptoms of stomach cancer, should be consulted to a physician without losing time .”

What is sarcoma? Do not ignore swelling in the body!

What is melanoma? What are the symptoms?

It is mostly seen in men

Stomach cancer occurs 2 times more often in men than in women. The hormone estrogen, which is secreted in higher amounts in women, is thought to have a protective effect against Helikobacter Pylori infection, which increases the risk of stomach cancer.

If first-degree family members such as mothers, fathers and siblings have a history of stomach cancer, the risk of developing this disease is higher than in the normal population. Therefore, it is recommended to consult a specialist physician in this field to evaluate the risk.

Helikobacter Pylori (HP) is a genus of bacteria that is frequently found in the stomach. Helikobacter Pylori, which is seen as a bacterium responsible for the formation of gastritis, is known to be more common in patients with gastric cancer. “However, it should not be inferred from this picture that stomach cancer will occur in every person who is diagnosed with Helicobacter Pylori in the stomach,” the experts said, “Because there are some people in whom Helicobacter Pylori is common. The rate of stomach cancer in societies is low. Therefore, in addition to this bacterium, other risk factors are also extremely important.”

Consuming too much salt

Excess salt consumption is among the important factors that increase the risk of stomach cancer. The World Health Organization recommends that the daily consumption of salt should not exceed 5 grams.

The World Health Organization reports that 30 percent of cancers in developed countries are related to nutrition. For example, in geographies such as Japan, where salted and smoked foods are consumed intensively , stomach cancer is more common. It is thought that barbecued meat, may also be a risk factor. This may be related to the salting of the meat and its burning while cooking.

Similarly, heavily processed meat or foods fried in oil, sauced and spicy foods, or foods contaminated with aflatoxin (such as molds in stale bread) increase the risk. .

Just as excessive consumption of salted and smoked foods increases the likelihood of developing stomach cancer, on the contrary, eating raw vegetables and fruits in abundance, vitamin C and antioxidant substances can have a positive effect on cancer prevention.

Smoking is a risk factor for stomach cancer, as in many cancers. So much so that as the intensity and duration of smoking increases , the risk increases 4 times.

Employees in certain lines of work (such as those exposed to wood smoke or asbestos smoke, metal, plastic, and mine workers) are at greater risk for stomach cancer.

It can be lived smoothly for many years

Very early stage tumors in gastric cancer can be treated endoscopically without surgery. Scientists stated that apart from endoscopic treatment methods, the main treatment method in stages 1-3 of the disease is surgical procedure, “The main principle of surgical treatment is the spread of the tumor it is possible to remove it along with all the lymph nodes. Disease 2 and 3. In the phase, chemotherapy is usually applied first, surgery is performed later. According to the pathology report, additional treatments such as chemotherapy and radiotherapy can be applied after surgery. If the tumor has also spread to distant organs such as the liver and lungs, that is, the disease 4. In the current phase, the main treatment method is chemotherapy.”

Stating that many factors affect the results of treatment, experts said, “The most important of these factors are the stage of the disease and the quality of the treatments performed. In experienced centers, the surgery can be performed laparoscopically or robotically, considering the advantages of closed methods to the patient.”