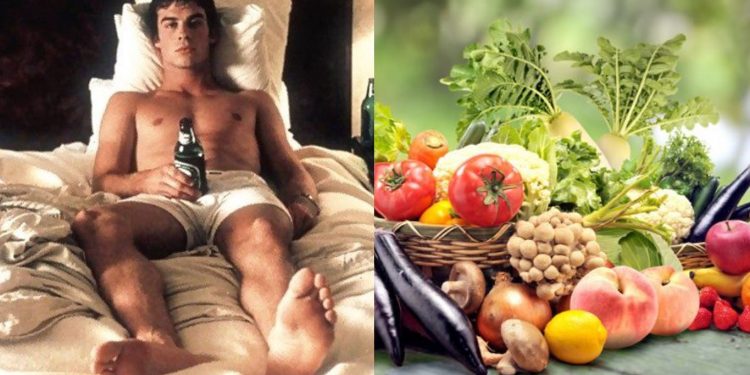 Alcohol drinkers often feel physiologically and psychologically bad the next day. Here are some essential nutritional advice for those who drink alcohol and recommendations to keep their blood sugar in balance.

How should the person who drinks alcohol be fed?

Dietitians answer our question, “What can alcoholics or drinkers do to regulate the digestive system?”

“First of all, they will avoid malnutrition or malnutrition. I mentioned above: Alcohol gives calories, but this calorie is empty, it has no nutritional value. That’s why the person who drinks alcohol doesn’t feel hungry. Or on the contrary, they consume very, very unnecessary food and eat it wrong. In both cases, they strain their digestive system. Our advice is that they frequently consult a doctor and nutritionist…

Produced with the initials Hungry, Angry, Lonely, Tired. Those who consume alcohol should avoid this situation, but it is also a fact that they do not have such a standard diet to follow! It’s just that there are some world-renowned feeding tactics. We can summarize them as follows: They need to get protein from fish, poultry, lean black meat. They should eat as many fruits and vegetables as possible, legumes, whole grain wheat bread and cereals from the table. ”

Nutritional advice for those who drink alcohol:

1- Create and implement an “eating pattern”.

Breakfast, lunch and dinner… You should have two snacks. The importance of this is that what those who drink alcohol understand from eating, after a while it is not “feeding”. They’re mostly suppressing their hunger. An eating pattern is essential to avoid this!

2- Take “healthy and nutritious” foods at every meal.

It’s a medically proven fact that well-fed people are less affected by emotional fluctuations. Those who eat regularly and then correctly will be less caught in the emotional tides caused by alcohol. This prevents you from giving up eating or increasing the amount of alcohol taken.

3- Stay away from sugar!

As I explained above, alcohol and hypoglycemia are inseparable. The person begins to experience emotional tides with the level of hypoglycemia (low blood sugar) and clings more tightly to alcohol. The effect of sugar and alcohol on the dopamine level of the brain is similar: You become happy quickly, you hit rock bottom at the same rate, and you become increasingly depressed.

Drinkers prefer coffee to “soped up,” but it’s wrong. One mug a day is enough because caffeine also has a side effect of lowering blood sugar.

5- Choose foods that are easy to digest.

Oatmeal and rice are among these foods. In the same way, consume plenty of vegetables and fruits.

Because those who consume alcohol often experience vitamin B and D deficiency. B vitamins allow our body to get energy from what we eat, while vitamin D regulates the consumption of calcium and the thiamine mineral needed for the neurological system to function healthily. 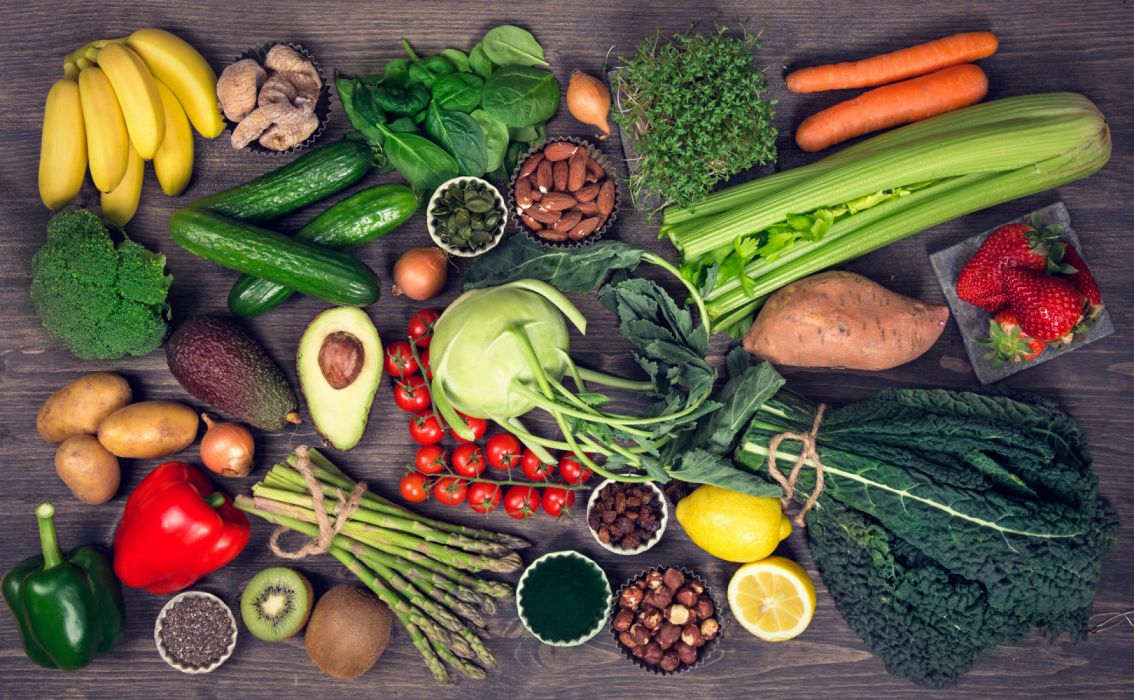 1- Do not skip the intermediate meals. In intermediate meals, consume fruits with a low glycemic index, such as apples, grapefruits, peaches, plums, strawberries. As a snack at night, drink a glass of cinnamon milk to stabilize your blood sugar.

2- Consume kefir. Taking prebiotics and probiotics is important for preventing obesity. Eat yogurt with probiotics, especially for dinner, or kefir for a night break.

3- Eat fibrous foods. The duration of the stay of fibrous nutrients in the stomach is longer. They’ll keep you fuller for longer. This prevents hyperglycemia and hypoglycemia, keeping blood sugar levels under control. Thus, short and long-term, blood sugar-related problems are prevented.

4- Consume flaxseeds. Flaxseed is one of the most valuable fibrous foods. It contains a high amount of fiber and fatty acids. As well as helping to lower blood sugar, it also contains healthy fatty acids omega-3 and omega-6, which the body cannot produce.

5- Make cinnamon your friend. Cinnamon, an effective spice for lowering bad cholesterol, also regulates blood sugar by mimicking the effect of insulin in the body. Consuming half a teaspoon of cinnamon per day every day and regularly reduces blood sugar levels by about 20%.

The effect of alcohol on blood sugar

Those who drink alcohol also have known, classic problems. For example, hypoglycemia or a sudden drop in blood sugar. Expert Dietitians also explains that the problem is not so simple: “Alcohol consumption and hypoglycemia are inseparable… When blood sugar falls, the person reflexively turns to foods that raise blood sugar, especially alcohol.

Alcohol fuels hypoglycemia, fatigue in the person. Then anxiety, depression, tremors, irritability, grumpiness, irritability, confusion in the mind, the desire to eat nonstop, tides in mood, sweating, gasping, etc. begin to be observed.

In fact, this is exactly what is observed in people who have given up drinking and is defined in English as “dry drunk syndrome”: The person does not drink, but shows symptoms when he drinks alcohol. He’s drunk without drinking. And that’s because his blood sugar’s dropping. Because when blood sugar falls, nerve transmitters (neurotransmitters) also hit rock bottom, they can’t do their job.”

Why do people get into alcohol? 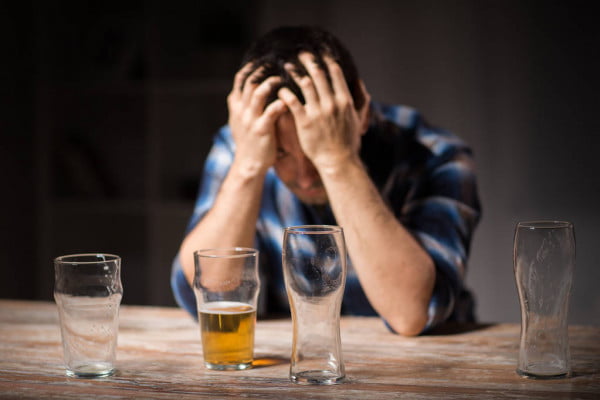 Alcoholism is one of the most important problems of our time and according to the World Health Organization, 76 million alcoholics live in the world today. What’s more, alcohol is the cause of death for one in 25 people. So, how do people become addicted to something that kills them? Nutritionists explain whether stressful working life or problems in private life push a person into alcoholism:

Stress in business is a disease just like alcoholism. According to the researches; People who wanted to escape problems at work, who lived an irregular life, who could not cope with the negativity in life, were found to be largely in refuge from alcohol.

However, this is the wrong way to follow because excessive alcohol intake causes some metabolic changes in the body, increases stress and causes some health problems in the organs.

For example, it has a negative effect on the central nervous system; That’s why we can’t control ourselves after drinking alcohol. It causes speech problems, prevents you from thinking healthily. It takes down sleep patterns and quality. It causes you to wake up early, exacerbate sleep apnea, have dreams that make you feel like you’re living in it.

“Shouldn’t alcohol be said goodbye to alcohol when it comes to this?” the experts’ response explains, explaining a well-known fact: “What I’m going to say is that it never means ‘keep drinking’, but a medical fact is that alcohol addicts go through an unhappy period when they stop drinking.

Especially people diagnosed with alcoholism and depression experience sadness much more intensely when they cannot drink. Because alcohol suppresses the feelings that depression has created over the years, when you stop drinking, all these feelings come to light.

Alcohol addicts can’t get involved in social life without a drink, while alcoholics suffering from depression can barely do so. Bad thoughts about being depressed can also be a trigger for drinking.

Alcoholism and eating and drinking habits

The nutritional problems of those who drink alcohol are directly related to the effects of alcohol. They eat little and inadequately because they substitute alcohol for food. Each gram of alcohol contains 7 calories, but this is empty calories; that is, calories that do not contain protein, vitamins or minerals…

More importantly, almost everyone who drinks alcohol exhibits certain eating habits, whether they are alcoholics or drink for pleasure at the tables accompanied by appetizers in the evenings. They do not eat healthy enough, eat very little fruits and vegetables, and turn to foods that contain more animal protein.

The harder the drink, the more inadequate and unhealthy the nutrition. Of course, there are other things. For example, the amount of alcohol taken, how often alcohol is drunk, the type of drink drunk, even whether the drink is drunk with or alone affects the person’s diet.

This leads to health problems. A small example: Those who drink too much turn to high-calorie foods, liver diseases, especially liver fat, occur because these foods also contain too much trans fats. Cirrhosis is seen in 65 percent of those who have liver fat and continue to drink.

Alcohol and its damage to the digestive system

Digestion begins in the mouth and ends in the large intestine. It’s a long way, and alcohol can damage almost any point along the way.

To sort them out one by one: