Home » Diet » How does diet and antibiotics affect the gut microbiota?

How does diet and antibiotics affect the gut microbiota?

by Editor
in Diet
A A 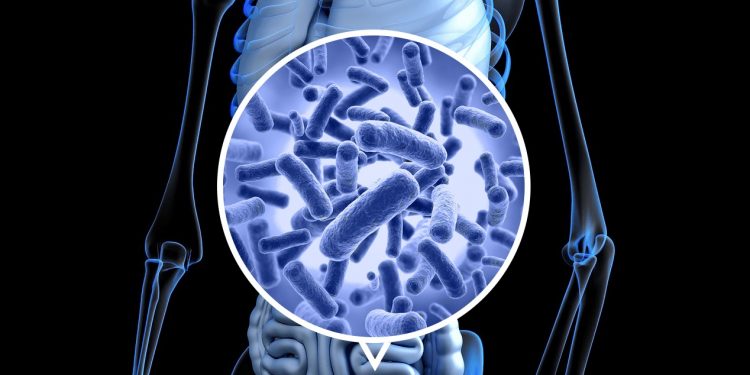 Genetics, mode of birth, age, geography of life, antibiotic use and most importantly, diet are among the factors that change the gut microbiota.

This is how diet and antibiotics affect the intestinal microbiota!

Scientists shared their assessment of the relationship between nutrients and microbiota.

They are named according to the surface of the organism

Stating that microbiota is the ecological communities formed by commensal, symbiotic and pathogenic microorganisms such as bacteria, archaea, protozoa, fungi and viruses, experts stated that microbiota are named according to the surface of the organism in which they are located.

What is water diet? How is it different from water fasting?

Best ways to stick to a diet and lose weight

Gut-brain communication is explained by 3 mechanisms

Dietitians said that gut-brain communication is being tried to be explained by three possible mechanisms.

“The first is that neurotransmitters produced by gut microorganisms can send signals to the brain through the vagus nerve. In this way, it is estimated that changes in the hypothalamus and other brain region activities may occur and hunger-satiety levels may be affected. The second possible mechanism is; intestinal microorganisms stimulate immune cells for the release of certain cytokines, and these circulating cytokines can go to the brain and affect the maturation or activation of microglia, the most important immune cell here. Finally; metabolites released from intestinal microorganisms are thought to come to the brain through the circulatory system, where they can trigger the release of neurotransmitters that will activate the vagus nerve and affect hunger modulation.”

Microbiota is closely related to obesity

Experts who state that intestinal health as well as the gut-brain relationship have clear consequences on gut homeostasis, physiology, immune system and host metabolic pathways;  “Various studies show that microbiota is closely related to conditions such as obesity, irritable bowel syndrome, chronic inflammation, constipation, liver diseases, food allergies. In addition, the gut microbiota, which interacts with lymphoid tissue and epithelium, is known to play an important role in the regulation and development of the host defense system. A healthy microbiota is necessary for the maturation of B and T cells and the maintenance of proper immunoglobulin levels in serum. In addition, changes in the composition and function of the gut microbiota have also been linked to aging, neuro developmental disorders, cirrhosis, cardiovascular diseases and cancer.”

There are many factors that change the gut microbiota

Scientists said that genetics, mode of birth, age, geography of life, antibiotic use and most importantly, diet are among the factors that change the gut microbiota.

“So much so; The first effect on the gut microbiota after birth occurs through infant nutrition through mother or formula milk. After infancy, the gut microbiota continues to develop, and the composition of the diet remains key to defining the shape, structure, and diversity of the gut microbiota. For example, high-carbohydrate diets of the Prevotella genus; high-fat or high-protein diets support the development of Bacteroidetes microbial species in the gut. This effect of dietary composition is related to metabolites of components such as carbohydrates, proteins, fats, and acetate, butyrate and propionate, which are short-chain fatty acids produced by the gut microbiota, have been found to have physiological effects on the health of the host.”

These diets affect the microbiota

Experts shared the types of diets that affect the microbiota as follows:

High-protein diets: The normal end products of protein breakdown are amino acids, ammonia, amines, and short-chain fatty acids. High concentrations of ammonia were found to be associated with the development of malignant tumors.

Dietary pulp: Dietary pulp is an important nutrient component derived from plants, and its concentration in processed foods is lower than that of raw vegetables. The dietary pulp passes from the small intestine to the colon, where it is partially metabolized by bacterial species, and the non-metabolized dietary pulp is then excreted through feces. Some polysaccharides such as insulin, starch and oligosaccharides are typical examples of dietary pulp that can be broken down by bacteria.

However, some forms, such as cellulose, cannot be completely broken down by bacteria as they pass through the colon. Complex carbohydrates normally serve as an important source of energy for microbial growth and can be broken down into short-chain fatty acids and various gases by proteolytic enzymes. These carbohydrates are also called prebiotics, which are defined as the indigestible nutrient component that benefits the host by stimulating the growth of the microbiota. Prebiotics are crucial for inducing changes in the composition of gut microbial populations and providing many benefits to host health. Recent studies show that prebiotic consumption can modulate the gut microbial population and improve the health of the host.

Western diets: The consumption of modern Western diets with less dietary pulp and vegetables tends to result in the loss of some important microbial species in western (urban) communities compared to rural communities.

Mediterranean Diet: The Mediterranean diet, based on a balanced intake of fruits, grains, monounsaturated fats, vegetables and polyunsaturated fats, is considered the standard for a healthy lifestyle. In individuals fed the Mediterranean diet, the level of acute phase C-reactive protein with the number of Bacillaceae, Proteobacteria is lower; Clostridium and Bacteroidetes populations are known to be high. Therefore, it is stated that such diets have anti-inflammatory properties and can be used to reduce inflammation in diseases.