by Editor
in Health
A A 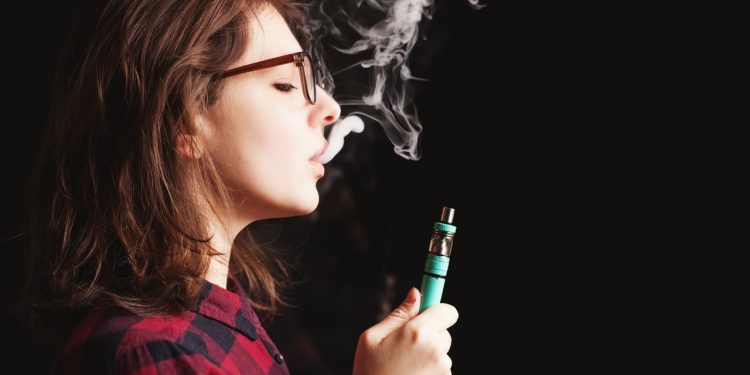 Researchers at University of California San Diego School of Medicine report that daily use of pod-based e-cigarettes alters the inflammatory state across multiple organ systems including the brain, heart, lungs and colon. Effects also vary depending on the e-cigarette flavor, and can influence how organs respond to infections, such as SARS-CoV-2.

The study, published April 12, 2022 in the journal eLife, is the first to assess JUUL devices and their flavorants in a multi-organ fashion.

“These pod-based e-cigarettes have only become popular in the last five or so years, so we don’t know much about their long-term effects on health,” said senior study author Laura Crotty Alexander, MD, associate professor of medicine at UC San Diego School of Medicine and section chief of Pulmonary Critical Care at Veterans Affairs San Diego Healthcare System.

7 tips good for your neck and back pain

Fatty liver: What are the symptoms?

More than 12 million adults in the United States currently use e-cigarettes, with the highest rates of use among those aged 18-24. Despite their popularity, research on e-cigarettes has been largely limited to studies of short-term use, older devices, such as vape pens or box mods, and e-liquids with significantly lower nicotine concentrations than the modern rechargeable pod-based systems.

Crotty Alexander’s team focused on the current most prominent e-cigarette brand, JUUL, and its most popular flavors: mint and mango. To model chronic e-cigarette use, young adult mice were exposed to flavored JUUL aerosols three times a day for three months. Researchers then looked for signs of inflammation across the body.

“The most striking effects in the brain”

Authors saw the most striking effects in the brain, where several inflammatory markers were elevated. Additional changes in neuro inflammatory gene expression were noted in the nucleus accumbens, a brain region critical for motivation and reward-processing. The findings raise major concerns, they said, as neuro inflammation in this region has been linked to anxiety, depression and addictive behaviors, which could further exacerbate substance use and addiction.

“Terrifying to learn what can happen in the brains of adolescents and young people.”

“Many JUUL users are adolescents or young adults whose brains are still developing, so it’s pretty terrifying to learn what may be happening in their brains considering how this could affect their mental health and behavior down the line,” said Crotty Alexander.

Inflammatory gene expression also increased in the colon, particularly after one month of e-cigarette exposure, which could increase risk of gastrointestinal disease. In contrast, the heart showed decreased levels of inflammatory markers. Authors said this state of immuno suppression could make cardiac tissue more vulnerable to infection.

While lungs did not show tissue-level signs of inflammation, numerous gene expression changes were observed in the samples, calling for further study of the long-term effects of pod-based e-cigarettes on pulmonary health.

The researchers also found that the inflammatory response of each organ varied depending on which JUUL flavor was used. For example, the hearts of mice that inhaled mint aerosols were much more sensitive to the effects of bacterial pneumonia compared to those that inhaled mango aerosols.

“This was a real surprise to us,” said Crotty Alexander. “This shows us that the flavor chemicals themselves are also causing pathological changes. If someone who frequently uses menthol-flavored JUUL e-cigarettes was infected with COVID-19, it’s possible their body would respond differently to the infection.”

Every organ has its own finely tuned immune environment, so disturbing that balance through e-cigarette use could lead to many long-term health effects, the authors wrote.

“It’s clear that every e-cigarette device and flavor has to be studied to determine how it affects health across the body,” said Crotty Alexander.