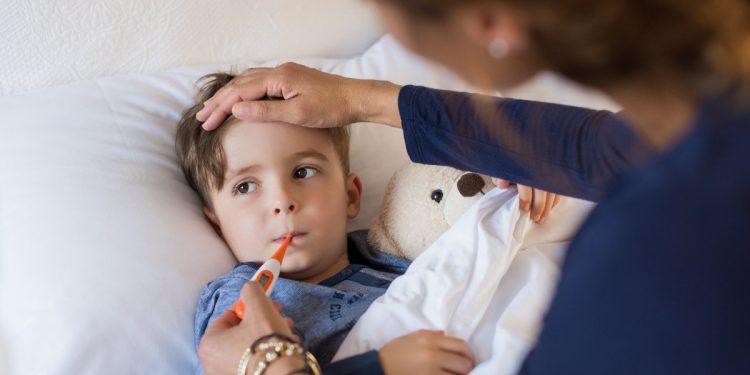 Autumn evokes diseases rather than nostalgia created by ‘falling dry leaves’, especially for families with children. Because when the school term starts, the flu season begins. Here are 8 effective ways to fight childhood diseases in school period:

Infections can wither your child, who until that point you called ‘intact’, like a leaf. Experts gave important warnings and recommendations to parents against diseases, explained 8 precautions to be taken for a school term free from disease…

From colds to flu, tonsillitis to sinusitis

These days, pediatricians’ doors are most often knocked on with these diseases. Because with the cooling of the weather and the opening of schools, the increase of time spent in crowded environments invites diseases.

Especially due to upper respiratory tract infections, diseases become part of the lives of families with children. “With autumn and the upcoming winter, there is an increase in the occurrence of infections caused by viruses that spread through droplets and settle in the respiratory tract in public places.

The main reason for this is the increased duration of stay in closed and crowded environments. This also causes loss of work/power for both family and children. However, with some simple measures to be taken, you can protect your child’s health from these diseases and prevent the decrease in school success due to the disease.”

If the infection is caused by a virus rather than bacteria, antibiotics have no place in the treatment, experts say – antibiotics do not kill viruses that cause upper respiratory tract infections, and unnecessary antibiotic use will cause bacteria to gain resistance.

Teach the importance of hand washing

Improve personal care skills such as hand washing and nasal cleaning. Teach them that thanks to water and soap, they will ensure that the microbes that cause infections are removed from their bodies. When stating that they should count to 20 for the right hand washing, show them how to wash the right hand with the application. Tell the child not to put hands on the mouth and face during the day, but to cover mouth with arm or tissue when sneezing.

Get him/her to get enough sleep.

Regular and adequate sleep plays a much more important role in the development of children as well as in the strength of body resistance than previously thought. In elementary school, your child needs to sleep at least 10 hours a day.

Since it is also very important that the sleep is as good quality as the duration, make sure that its room is dark (if it sleeps with a night light, always turn it off immediately after sleep), and that it stays away from electronic devices, computers, tablets and phones before sleep.

Don’t smoke next to it or even on the balcony

“Make sure that their vaccinations are complete,” said the Children’s Health and Diseases specialists. It is useful to vaccinate children with a chronic disease or children who have flu infections very often. In addition, routine checks should not be neglected every six months in school-age children.”

Ensure a healthy and balanced diet

Healthy eating plays a key role in the body’s resistance to infections. Regular consumption of vitamins A and C, found in seasonal fruits and seasonal vegetables, strengthens immunity. Prepare healthy snacks to prevent it from weakening the immune system by consuming junk food.

Dress according to the season. Dressing too much is just as risky as dressing lightly. Make sure that the clothes are made of cotton fabric to absorb sweat. Instead of a single layer of thick clothing, it is worth dressing a few layers thin. When the child gets home, make the child aware that he’s going to change right away.

It is very important that your child does not remain immobile, that he/she is interested in a regular sport. Therefore, make sure that the kid goes to the sport that suits the age. If you can’t go to the gym, walk regularly, briskly outdoors together.

Get into the habit of drinking plenty of water

According to children’s health and diseases, one of the most effective methods to combat infections is to drink plenty of water.

Doctors emphasize that children, as in adults, do not have the habit of drinking enough water, whereas adequate water consumption has a very important benefit, such as the removal of toxic substances from the body, as well as fighting infections and increasing body resistance;

“Moreover, inadequate fluid intake negatively affects mental performance as well as physical. Therefore, give children the habit of drinking water even if they are not necessarily thirsty.”

Mistake 1: In cases of flu, taking a high dose of vitamin C from the outside cures flu infections.

Mistake 2: The cause of most diseases is cold and drafty.

Mistake 3: If bathed while sick, the disease progresses.

Mistake 4: Those who use preparations such as vitamin medicine / fish oil etc. get less sick.

If the child gets sick more than 8 times, watch out!

Every child gets an infection. But if there are more than 8 respiratory infections, more than 2 pneumonia (pneumonia) or more than 3 middle ear infections per year, it is necessary to investigate, but in this case there is a problem that impairs the immune system.